There is only one God and many gods

The word "God" represents the all powerful supreme being. The word "god" represents something certainly lesser than God yet more powerful and majestic than humans. Angels in Western religions also fit this category of glorified beings that exist somewhere between humans and God Almighty.

Let's reconsider the belief that modern Western religions(Judaism, Christianity and Islam) are basically monotheistic(belief in one God) while Eastern religions are polytheistic(belief in many gods). Do Hindus, Jains, Sikhs, Taoists, Buddhists and others believe in the one Supreme Being commonly referred to in English as "God"? Of course they do.


God is certainly One. He has no second. He is unfathomable, unknowable and unknown to the vast majority of mankind. He is everywhere. He sees without eyes and hears without ears. He is form­less and indivisible. He is uncreate, has no father, mother or child; and yet He allows Himself to be worshipped as father, mother, wife and child. He allows Himself even to be worshipped as stock and stone, although He is none of these things. He is the most elusive. He is the nearest to us, if we would but know the fact. But He is farthest from us when we do not want to realize His omnipresence.

I dispute the description that Hindus believe in many Gods and are idolaters. They do say that there are many gods, but they also declare unmistakably that there is one God, the God of gods. It is, not therefore, proper to suggest that Hindus believe in many gods. They certainly believe in many worlds. Just as there is a world inhabited by men and another by beast, so also, is there one inhabited by superior beings called gods, whom we do not see but who nevertheless exist. The whole mischief is created by the English rendering of the word देव or देवता(deva or devata) for which you have not found a better term than "god". But God is Ishwara, Devadhideva, God of gods. So you see it is the word "God" used to describe differ­ent divine beings that has given rise to such confusion. I believe that I am a thorough Hindu but I never believe in many gods. Never even in my childhood did I hold that belief and no one ever taught me to do so.

This will remind us that "God" is just a word, and the word itself is not the omniscience, omnipresence and omnipotent, and that the omniscience, omnipresence and omnipotent can be represented by other words like "Dios", "Gott", "Tathagata" and "Ju Lai". If people can realize the difference between the words themselves and what the words represent, they may be less emotive or fanatical. And if they realize that words are often interpreted in different ways, much mis-understanding and antagonism can be avoided.
Interestingly, while there may be enigma in European languages to say "There is only one God and many gods", there is no enigma in Sanskrit and Chinese because different words are used for the two different concepts: "There is only one Tathagata and many dewas" in Sanskrit, "There is only one Ju Lai and many shens" in Chinese.

Devout Christians would agree with the following phrases: "There is only one God and many angels" and "there are superior beings called angels, whom we do not see but who nevertheless exist."
Grandmaster Wong reminds us that "God" is only a word. Similarly, the word "water" is not water. We know how to go beyond the word "water" and experience water. But water is easily accessible to us. How do we go beyond the word "God" and experience God? That is a good question.

The Lohan Fist was evolved from the Eighteen Lohan Hands by retired generals at the Shaolin Temple, and became the prototype of Shaolin Kungfu. This evolution was not directed or intentional, but spontaneous and haphazard. As there were many martial monks modifying the chi kung exercises of the Eighteen Lohan Hands for their individual martial needs over a long history of time, there were many different versions of the Lohan Fist.

The Little Lohan Fist shown here is created by Grandmaster Wong from his wide and deep understanding and practice of Shaolin Kungfu. Can you tell from which chi kung patterns of the Eighteen Lohan Hands are these Lohan Fist patterns evolved? 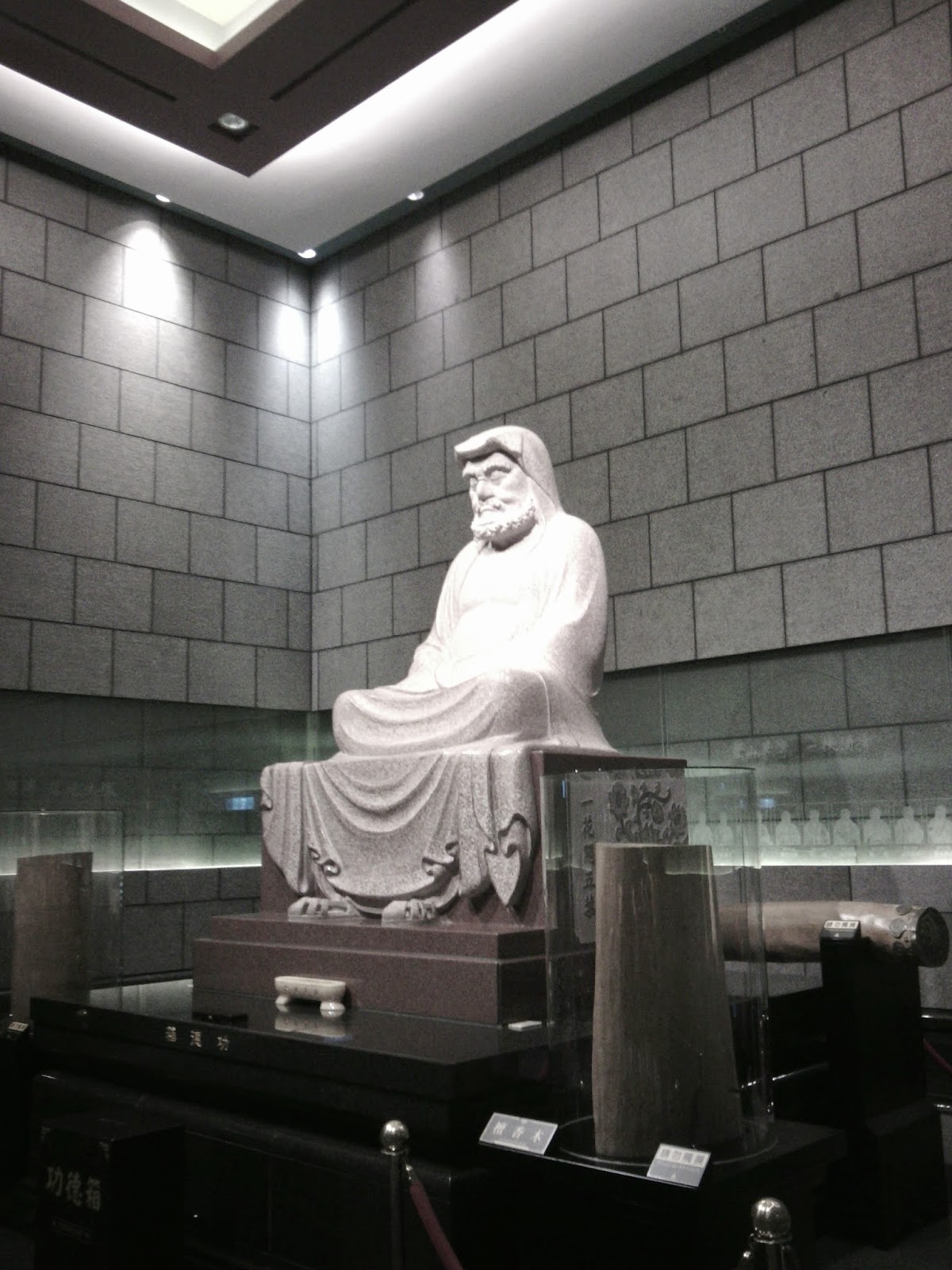 Email ThisBlogThis!Share to TwitterShare to FacebookShare to Pinterest
Labels: 功夫